You are here: Home

DOGS AND CATS AND A RACCOON IN THE WHITE HOUSE...OH MY! 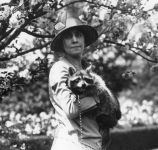 From dogs and cats to sheep grazing on the lawn animals have long been part of life at the White House, but the early twentieth century saw the two largest and most varied critter populations.

Theodore Roosevelt (1901-1909) and his family had a collection of the feathered and furred which included: dogs, cats, a pony, guinea pigs, a pig, chickens, a badger, a rat and a Macaw. Amongst them was Slippers, a six toed diva of a cat who would sleep

on the floor during banquets refusing to move for mere humans.

Read more: DOGS AND CATS AND A RACCOON IN THE WHITE HOUSE...OH MY! 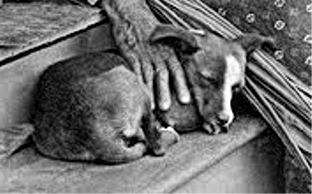 Hawaiian dog 19th century - file from the Wikimedia Commons.A lot of people know about poi in Hawaii. It is a staple in the Hawaiian diet. It is made by mashing the taro root to a consistency of a paste. But how many people know about the poi dog?